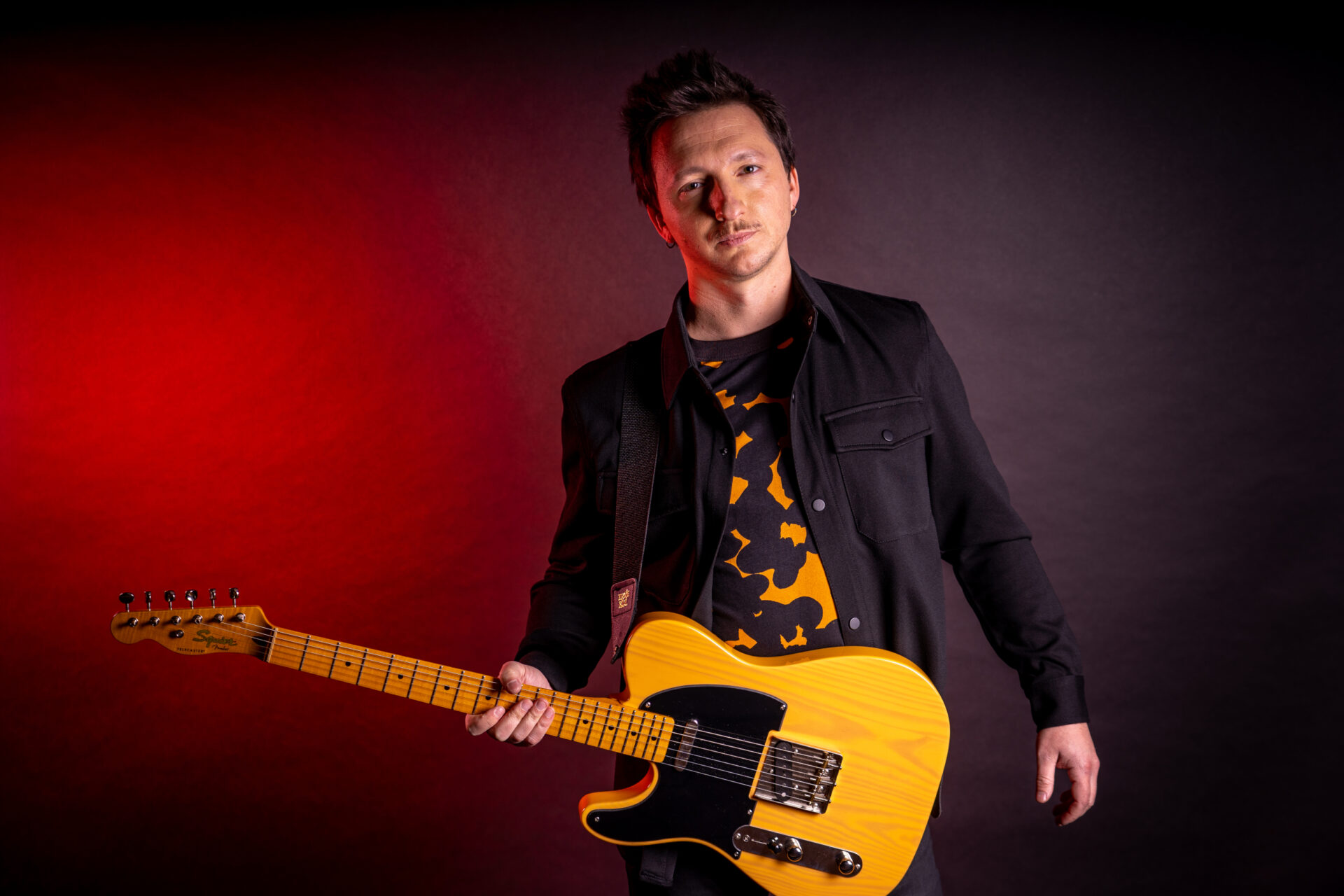 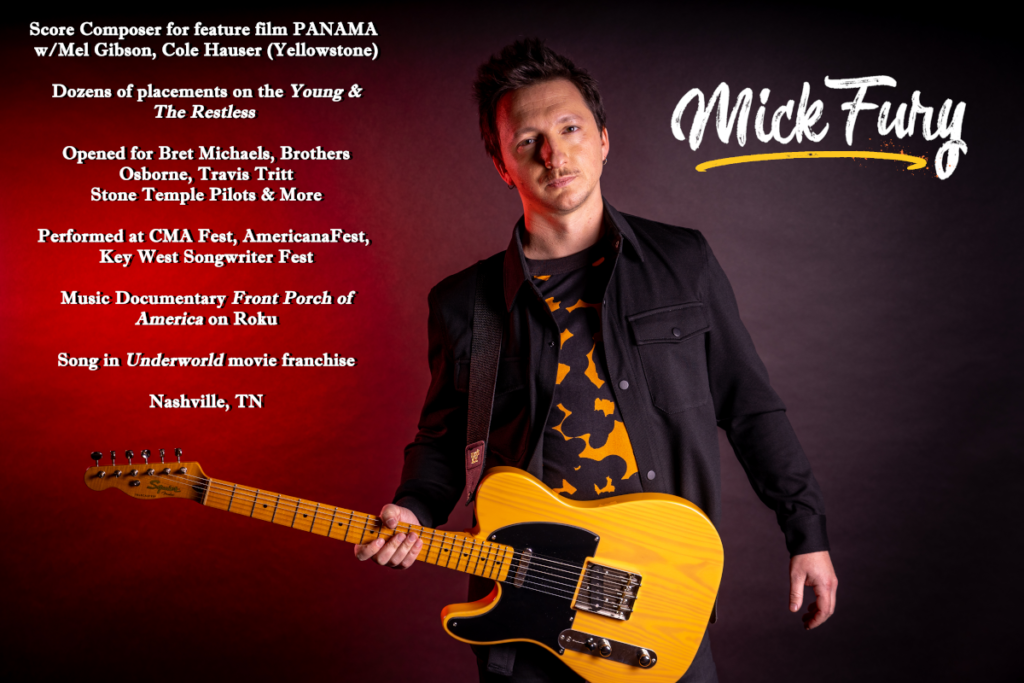 Mick leaned on his previous experience: regularly placing songs in the Young and the Restless, as well as the Underworld movie franchise. He’d spent the past 10 years on the road, touring the East Coast and opening for acts like Bret Michaels, Brothers Osborne, Bush, the Stone Temple Pilots and a ton more honing his craft. His performances also gained Mick slots at CMA Fest, Americana Fest, and Key West Songwriter Fest. With plentiful references to pull from, fired up his studio and began to compose. 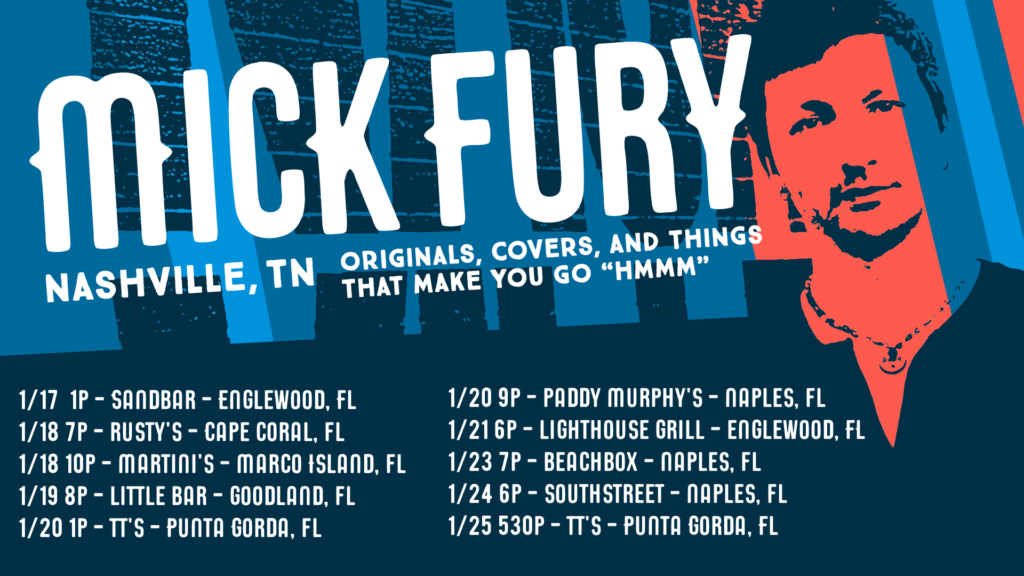 Composer for Cole Hauser/Mel Gibson Film Panama due out 2022

Placed 4 songs in Young and the Restless in 2021

Songs Featured on the Young and the Restless

Check out the Solo Show as well!